Me Too: Sexism, Bias, and Sexual Misconduct in the Legal Profession
Length: 1:02

As the "Me Too" movement shines a light on sexual misconduct and sexually inappropriate actions, it's time for lawyers of both genders to examine the effects of this kind of conduct in the legal community. When speaking on this issue, presenter Philip Bogdanoff has found that sexual misconduct and bias is a recurrent issue in our judicial system and that many attorneys are hesitant to report this misconduct.

As a Summit County Assistant Prosecutor in Akron, Ohio, Bogdanoff was shocked to learn that a respected Judge he had appeared before had made sexually inappropriate comments to two young female assistant Summit County prosecutors, including one of Bogdanoff's former law clerks. The same Judge also attempted to kiss a defense attorney in his chambers and was sexually inappropriate with other females in the Court system. One prosecutor was so upset by this conduct she avoided this courtroom and found male prosecutors to represent the State before this judge. The Judge was eventually forced to resign and was disciplined for this misconduct.

In this presentation Bogdanoff will review disciplinary cases involving inappropriate sexual conduct by judges, prosecutors, and attorneys. This interactive presentation even gives you the chance to pit your opinions about the violations against the actual rulings by the Ethics review boards in each case.

Philip Bogdanoff is a nationally recognized continuing legal education speaker on the topics of ethics, professionalism, and other related topics. Previously, as an attorney, he served as assistant prosecutor in the Summit County, Ohio Prosecutor’s Office for more than 25 years, beginning in 1981. Mr. Bogdanoff argued cases before the Ohio Ninth District Court of Appeals and twenty cases before the Ohio Supreme Court including six death penalty cases - before retiring as a senior assistant prosecutor.

He is the author of numerous articles on ethics, professionalism and other related legal topics and has taught the members of numerous organizations including the National Association of Legal Administrators, as well as numerous state and local Bar associations, Prosecuting Attorney's Associations, and law firms. More information about Mr. Bogdanoff is available on his Web site at http://www.philipbogdanoff.com/.

PLEASE UPGRADE TO A MODERN BROWSER

FOR A BETTER EXPERIENCE. KEEP YOUR BROWSER UP TO DATE 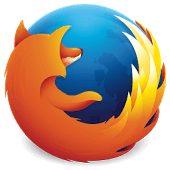